It seems like all we do is eat. Might as well eat something heavenly right? Worth the calories and peso! 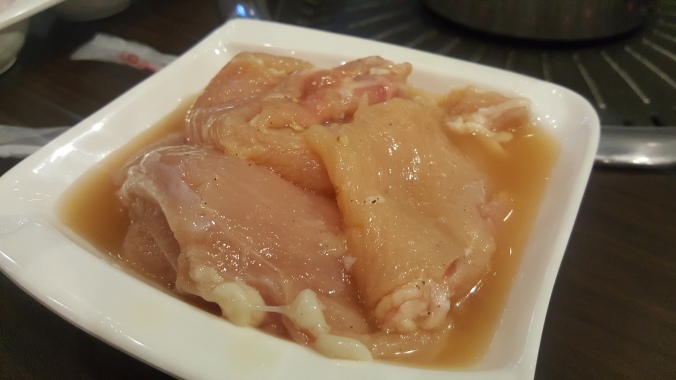 This Unlimited Grill and Shabu Shabu is only Php 699 per head. This meal already gives you access to unlimited beef, pork, chicken, shrimp, noodles, rice and drinks. WORTH YOUR BUCKS, I tell you!

If you want to pig out, if you’re celebrating something – then this si definitely the place. Finished our dinner with stomachs about to burst open.

Because it’s friday and we consider it as semi free day because you know whooooo. So we decided to eat out — and I suggested El Chupacabra. 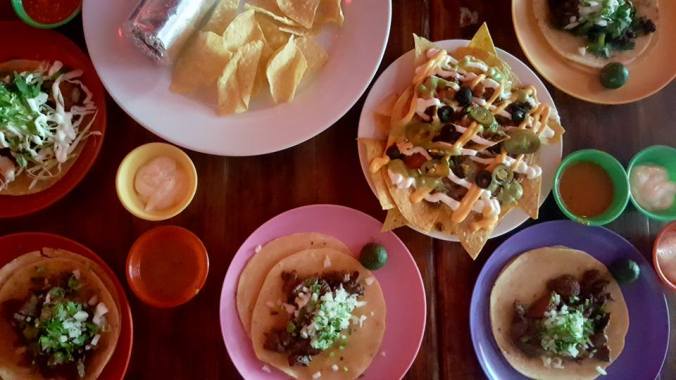 If you happen to be a Kapitolyo Fan just like us, then you would know how hot Locavore is. right?
Locavore is located in the not so popular side streets. 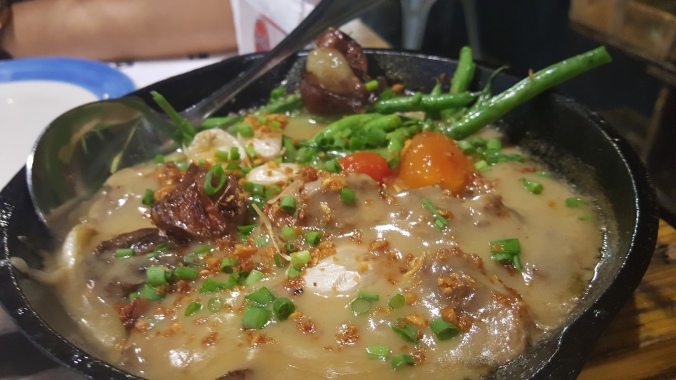 It was superb with a triple okay hand sign if I actually have three hands. It had no soup, obviously. It was placed in a sizzling plate. But there are remnants of ‘sauce’ which absolutely tasted like an actual SINIGANG. If you’re not convinced so far, then let me put it out there. The vegetables were crispy. The meat was tender. Need I say more?

There’s not much to say. As if there are really any difference with street foods. There’s none.
Except that I like this one because the squid balls was definitely not reheated – it still had its crisp. 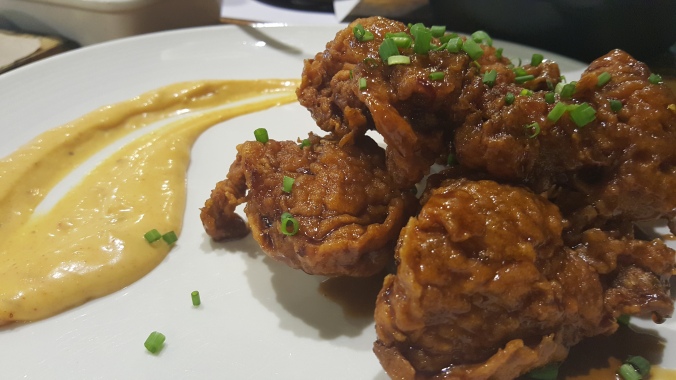 Glazed Chicken. Surprisingly, I actually liked this dish. Their mix of marinated spices was so good.
The size was monstrous.

All in all, I LOVE LOCAVORE.
I need to try the rest of the dishes. I’ll bring my family here. Until next time, Locavore!

We finally tried Bad Bird! Yehey! Come to think of it, he was as much as excited as I am to try this!

Bad Bird is located in the Hole in the Wall group of small restaurants in Century Mall in Makati.

I wasn’t able to take a picture of the store itself as the line was too long. It seems a lot of people are eager to try this or they might probably be going back for their second, third or fourth time already. So here’s what we ordered.

Fried Chicken Plates – Dirty Rice – Php 320 The rice was mixed with bacon, chicken liver, tamago, kimchi and bonito flakes. I was hesitant at first since there was chicken liver. But the rice was good! It definitely compliments the chicken.

Beside the Bad Bird, are a stand full of hand crafted beers in a bottle. It was expensive though. It costs about Php 220 for a bottle. We just wanted to try. I opted for this Summer Session, which has a sweet taste to it but you can still taste the hint of the beer. While Jude ordered a beer concocted with a mix of orange. It was sweet too. But I would recommend the Summer Session better.

All in All, the Bad Bird is definitely not a Bad Choice. The Chicken was filled with so much flavor. The crispiness was right on point. :))

Thank God for Facebook and Thank God for Social Media. While I was scanning my news feed, I came across this shared post: If you love books, blah blah. Now, you see, books and coffee — All me.

And when I saw a Holiday, bam! I dragged the Jude with me. 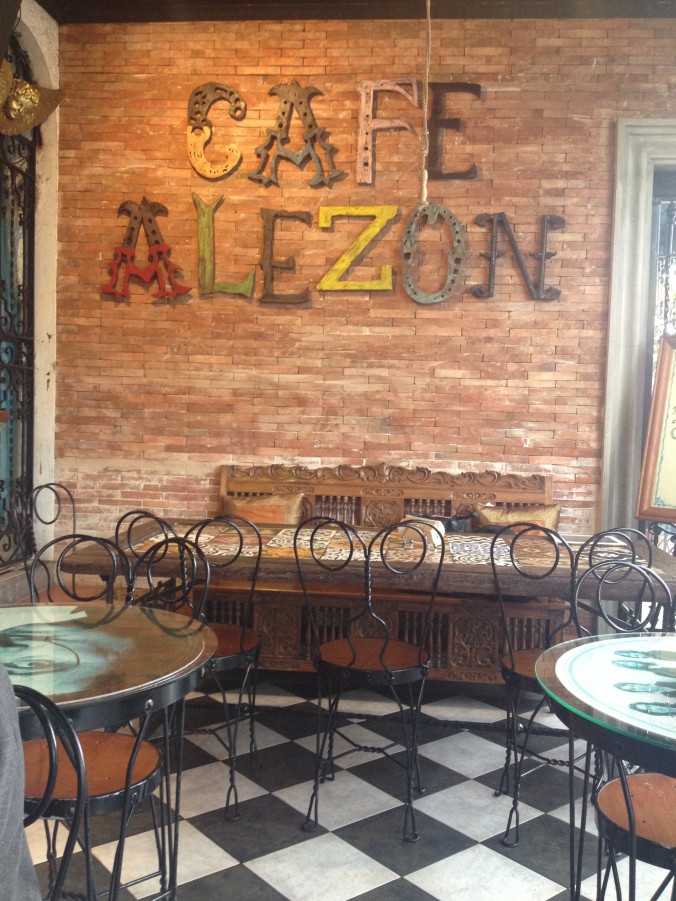 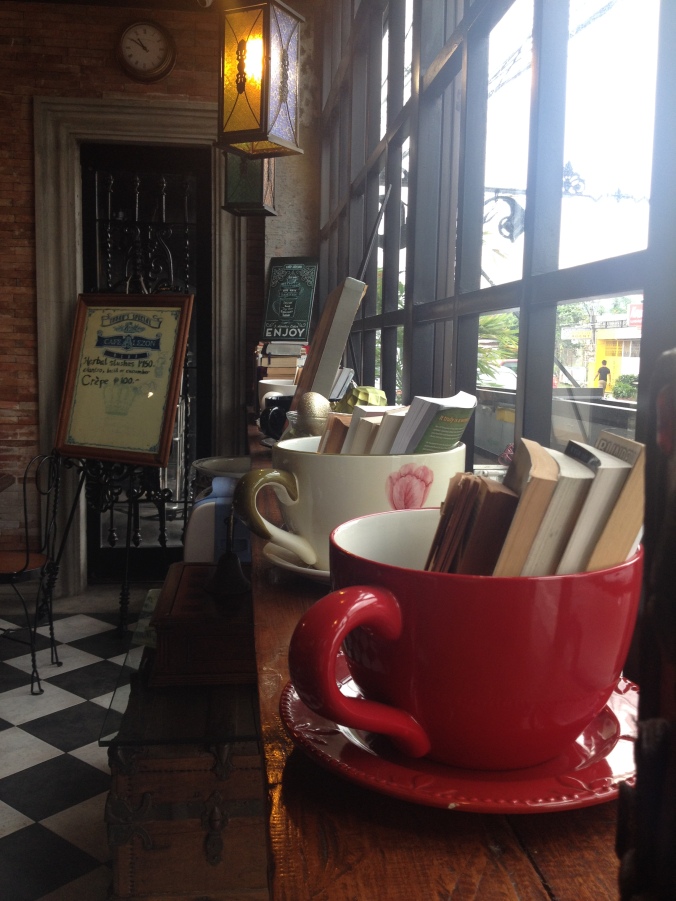 Would you look at homey and how comforting the place looks?:))) Such a nice backdrop to everything in every corner. I love, love, love how the owners designed the place.

Since it’s our first time, We didn’t actually know what was good. The owner, who is so pleasant and amicable in every way told us that it was their pizzas that was the best seller. 😀

Turkish Coffee – First time to try it. It tasted different – even Judey who loves brewed coffee. I don’t know much about coffee but to me it tasted more like a tea, it has a sweet remnants.

Cappuccino – It was a bit on the strong side. I’m on the sweet grass – therefore, this is not for me.

But this pizza, you can never go wrong with their All Meat Pizza. The size was huge but no worries, it’s super thin. We almost finished everything. We only held out for so long since we had another lunch to go to. I suggest you order their pizza. :)) 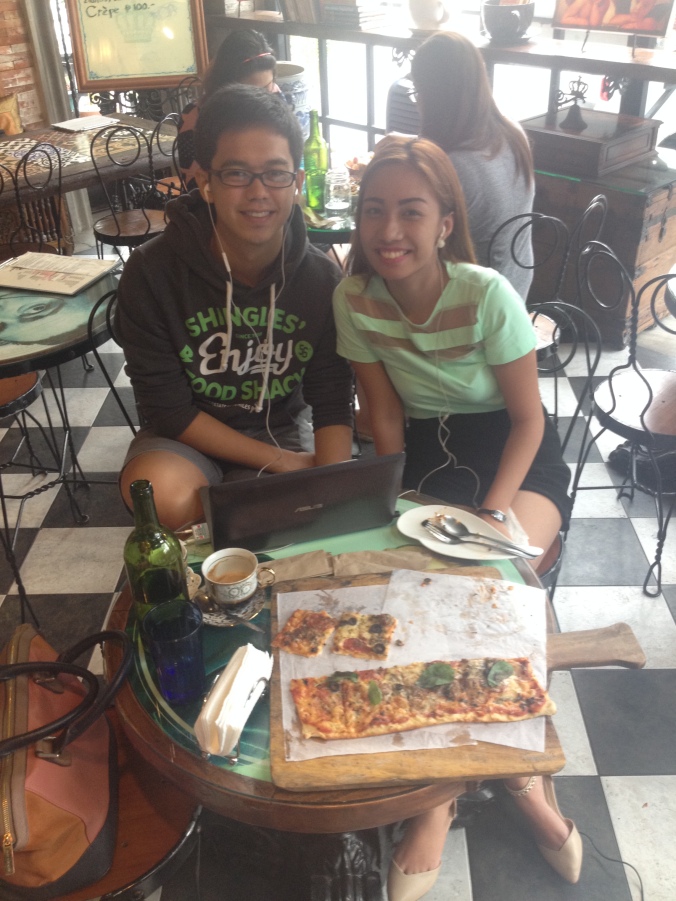 This can definitely go up to my study places. 😀 I’ll be coming back!

This was my post last July of this year – 2013. Restaurants that I would want to try.

What about in Makati? In Legaspi Village

And in Salcedo Village?

1. Simply Thai
2. Tipsy Pig in Capital Commons – not yet open
3. Silantro – I was told the Lamb Chomps are to die for!
4. Wildflour – expensive.

Okaaaayy. So I haven’t been on track. Haha. More? Yes.

Anyone? Eat with me? I have to keep up!

There are two goals for today. First, spend the day with my tootskeedoodles and best buddy in cave no. 4. Second, cross out one of the restaurants on my list. So. Where to?

Okay, I have to say. Just so you won’t waste your time: Don’t go during the day.
At the opposite end of the place, there’s a stage where I suppose all the activities happen. They have couches and woods. 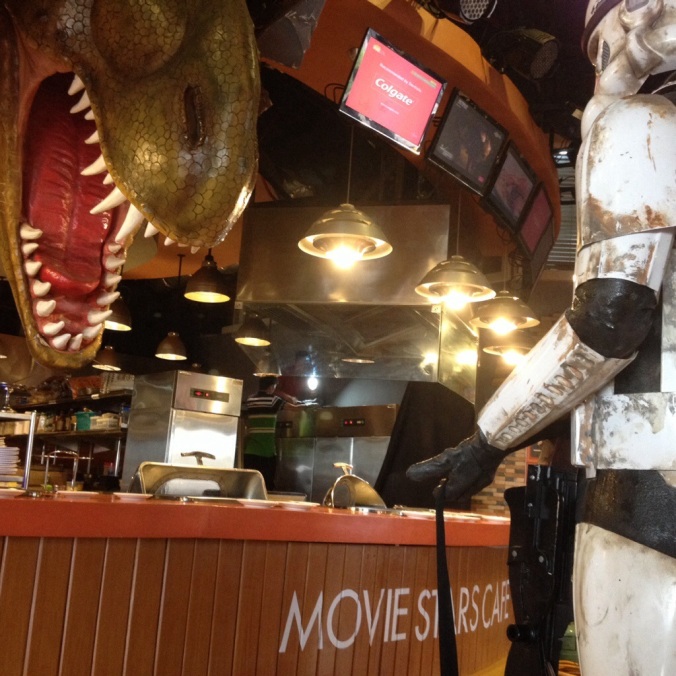 On the other side is where this dinosaur stands where the buffet is served and where the food is being cooked. 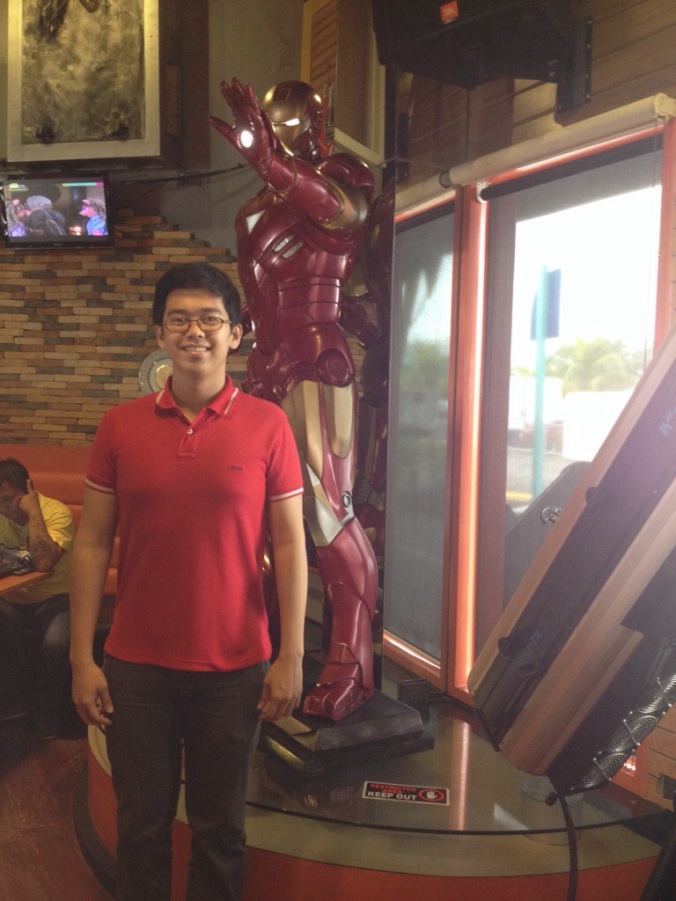 Giant movie characters also surround the place like this one. My love with Ironman. They also have Ranger, Batman and Spiderman.

Quadruplets! While waiting for the other two.

Tequila Sunrise Php 175 It doesn’t even taste like alcohol.(((: it only tastes orangey. 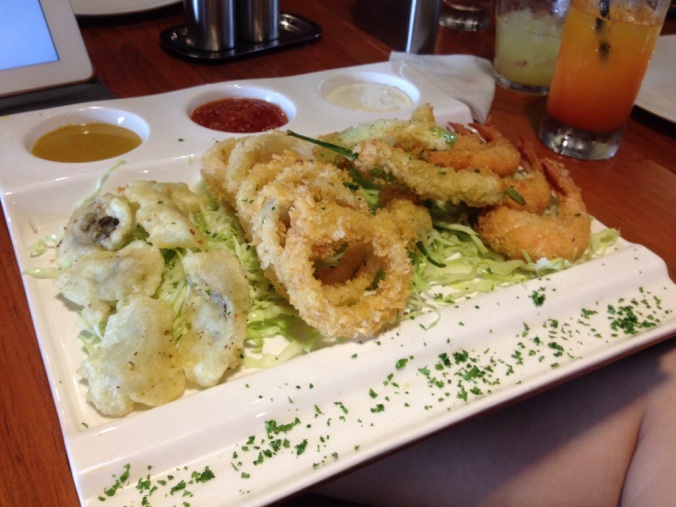 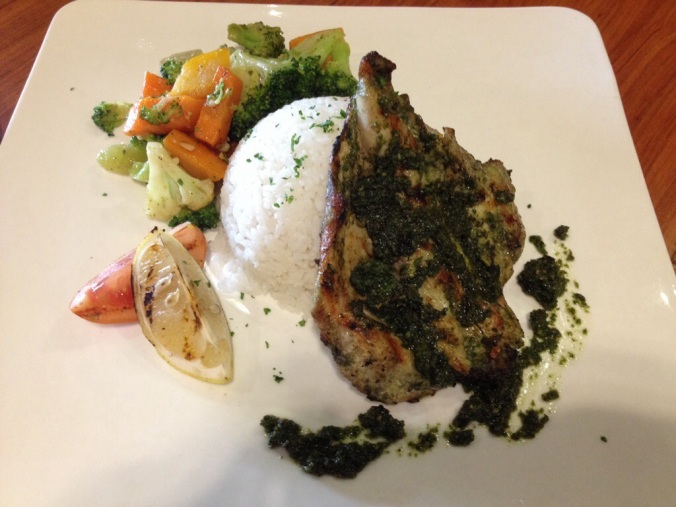 The Verdict? It’s too expensive for their serving. There’s nothing extraordinary about it.