Last week, I attended a training on Project Management. 😀 Sharing with you what I learned. 😀 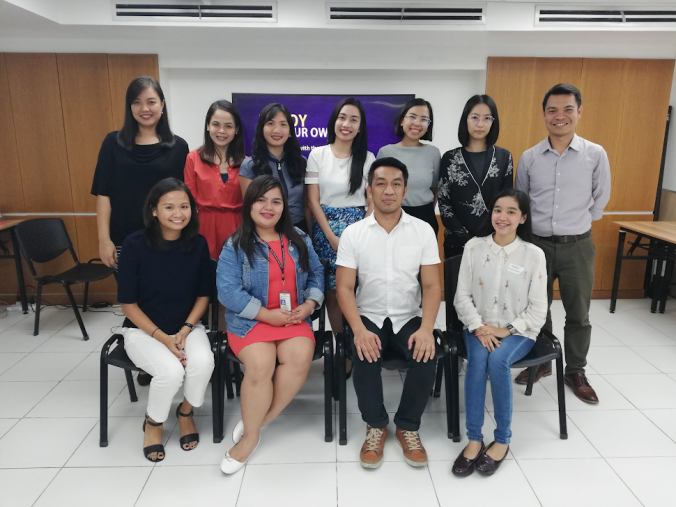 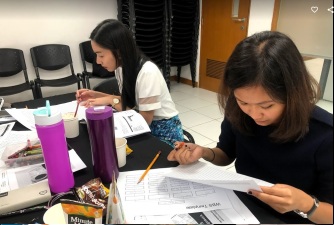 I have been following this site for almost a year now and there is honestly not a day where I don’t learn anything. So I am sharing this with you,

“There’s a story of two explorers walking through the jungle. Suddenly they hear a tiger roar.

One explorer sits down and takes a pair of running shoes out of his backpack.

A mindset that obsessively looks for weaknesses and jumps on any available advantage. And one that never assumes you can’t get an edge.

HOW TO BUILD CONFIDENCE:

HOW TO CONQUER FEAR OF PEOPLE:

HOW TO MAKE EVERYTHING ABOUT YOU SAY ‘I’m confident’

Chapter 4: How to Think Big

See what can be, not just what is.

Chapter 5: How to think and dream creatively

Our speaker which happens to be my favorite of all: Mr. Edwin Totanes, responsible for what we all have been drinking today: C2 Tea Drink. 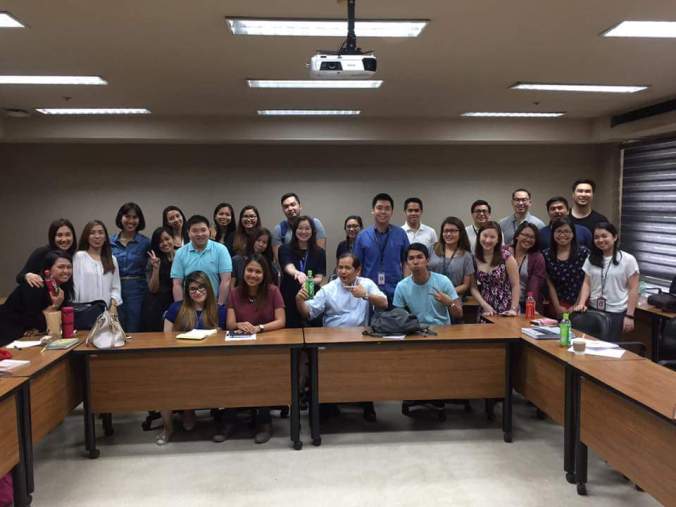 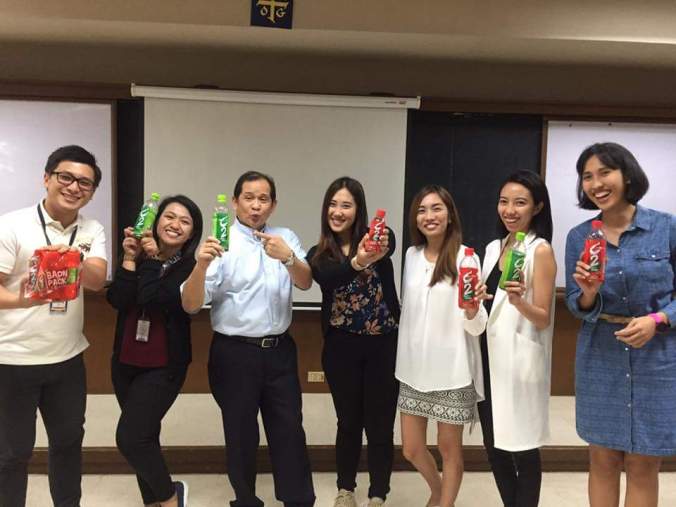 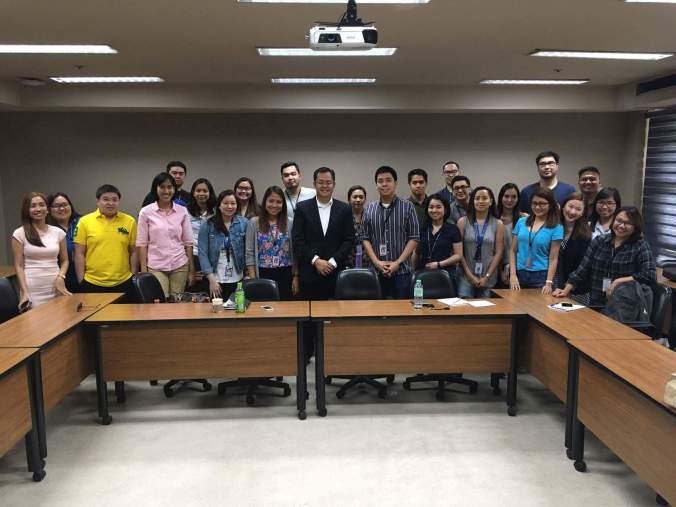 We were graced by the CEO of Squadzip yesterday during our Marketing Management Class.

To be quite honest, this new squadzip platform is pretty awesome because it’s complete with reports, GPS tracking and CRM functions. 🙂

Can you spot where I am?

ARE YOU READY TO SPREAD YOUR WINGS AND FLY? 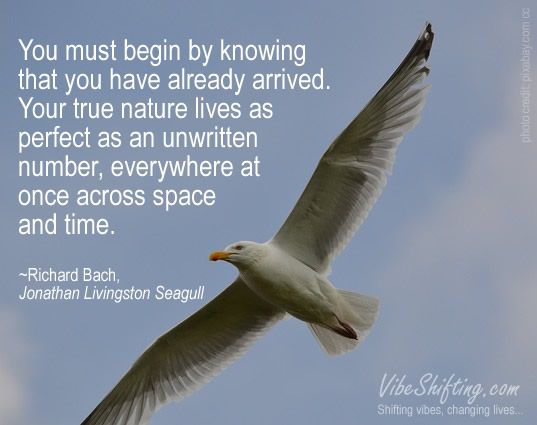 The story of Jonathan is relatively simple, except for the lengthy explanations on speed, wingspan, curves and winds. Jonathan teaches us a couple of things about life;

We can lift ourselves out of ignorance, we can find ourselves as creatures of excellence and intelligence and skill. We can be free! We can learn to fly!

Barbie makes a come back. And it did got my attention. 😀

When I was a kid, I’d wish for a barbie every year. I even resented my sister for giving me hand-me-downs. It was okay for me to have just 1 barbie. I was concerned with her clothes and things.

I commend the person who made this campaign. It sticks out. It dug deep thru the motivation and the essence of they toy. It’s not just about playing with toys who look like real people. I

IT’S ABOUT BELIEVING THAT YOU CAN BE ANYTHING YOU SET YOUR MIND TO. 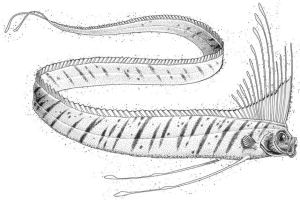 Oar fish large, greatly elongated, pelagic lampriform fish. It is the longest bony fish and they live at the bottom of the ocean. There have been tales that a sighting of an oar fish connoted disaster such as an earthquake. These unusual creatures have been known to wash ashore on beaches after storms, providing endless hours of fascination for curious onlookers. They also have a habit of floating near the surface of the water when they are sick or dying.

Why? According to Japan Times’. Kiyoshi Wadatsumi, a scientist who studies earthquakes at the nonprofit organization, “Deep-sea fish living near the sea bottom are more sensitive to the movements of active faults than those near the surface of the sea.”

An unusual number of oarfish washed ashore in December 2009 to March 2010 off Japan. According to LiveScience,  “Shortly before the 2011 Tohoku earthquake and tsunami [March 11, 2011] struck Japan, about 20 oarfish stranded themselves on beaches in the area.”

However, HJ Walker, from the Scripps Institution of Oceanography in California, said “If there is a enormous giant earthquake beneath the sea, other fish would be affected – not just one or two oarfish.”

But last July 26, 2015, an oarfish was seen washed ashore in Antique, Philippines. Could this be a sign? Is this why the country is very active on propagating and preparing everyone for a possible earthquake? I hope not.

Just like other Mitch Albom Books, it leaves you wanting more. It leaves you with things to ponder on, which I think is one criteria for it to be a good book, right? So here are some of them;

DO I WITHER UP AND DISAPPEAR, OR DO I MAKE THE BEST OF MY TIME LEFT?

look, I love her. Loved her, whatever.
And if I can make things right between us – because I just really, completely miss her
and think she misses me, too – then I’m going over there and
knocking on her damned door. 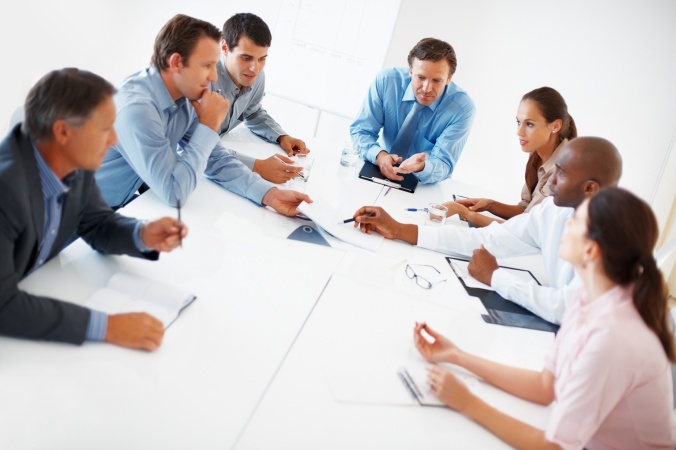 1. Tell everyone what’s the meeting all about.

You may dropped a hint when you scheduled the meeting, but remember that you pulled them out of their desks and work to be there. Most of them are in ‘What’s in it for me?’ mindset, so tell them why they are there and what purpose do they serve or what you are asking from them and what they can contribute.

Always start the meeting with a positive note. When a meeting starts with whining, complaining and arguments, yo may as well be sure that you won’t be able to get things done, or whatever the purpose of the meeting was. You may start asking what their accomplishment are for their department, may it be big or small.

that’ll get their attention. The numbers may be sour such as, ‘We loss a market share of 60%’. Everyone in the room will now think of that number and instantly want to do something about it. What they wish to do about it, or what suggestion, or comment they have on a particular project or a strategy.

It will lighten the mood, it won’t be too serious and everyone wants a good story. But do make sure that the story relates to the goal of the meeting. It may instill a lesson or make people laugh.

It is marked by an outstanding vigor and strength of body and mind. 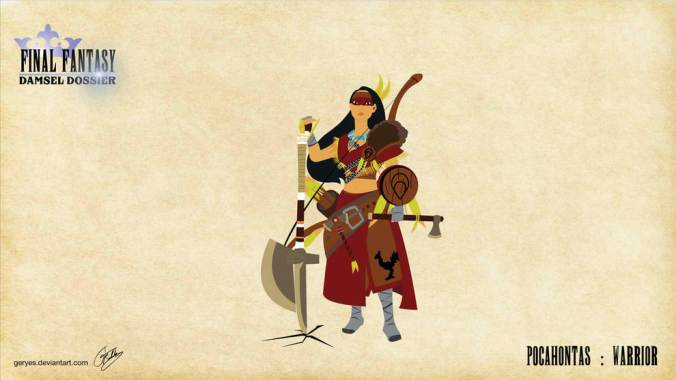 And I immediately thought of the warriors in Game of Thrones or a Superhero Character.

It is an economic policy advisor who promotes monetary policies that involve the maintenance of low interest rates, believing that inflation and its negative effects will have a minimal impact on the society.

As a Branch Marketing Officer, I should be in direct hatred with the Dove — as in my opinion, Tetangco.
It’s already hard to convince client to place their funds with you and with the continuous decrease in Interest Rates,
a huge possibility of irate clients tend to pull out their funds.

Whew. But there will be no problem if I become the Dove here in the Philippines.
Wishful Thinking.

Customer Satisfaction refers to the extent to which customers are happy with the products and services provided by a business.

And today, I received an email that immediately hooked my lips in an upward motion and kept it there for a while.

You are the most efficient staff we have ever spoken and encountered with BOC and we appreciate your assistance and identifying the urgency of our need.
You are an asset of BOC.
Again, we thank you.
We have done the transfer from Berner to Olazo BOC accnt.
Kind regards,
Edward and Tony

Sent from my iPad”

Customer feedback provides you with valuable insight into what your customers think about your product or service. This insight can help you create a product that customers want to buy and create an experience that exceeds expectations and keeps customers coming back for more.

It started out as something I had to read because it was on top of the list. But I grew fond of it, Surprisingly.

The story revolves around a boy named Amir Jan whose closest friend was the son of their servant, a Hazara as they call them. His closest friend was a Hazara named Hassan the son of Ali. Ali and Baba, Amir Jan’s father grew up together just as Hassan and Amir Jan also grew up in the same house and has fed in the same breasts. Hassan has always showed his affection, loyalty and respect to Amir Jan while several events showed that Amir Jan only sees Hassan as their servant. One day, their friendship was tested and that day was the start of how Amir Jan’s guilt will eat him up until the day Hassan will need him after several years.

III. YEARNING FOR A FATHER’S LOVE

But I’ll take it. With open arms. Because when the spring comes, it melts the snow one flake at a time.