GOODREADS: Sometimes it is the one who loves you who hurts you the most.

Lily hasn’t always had it easy, but that’s never stopped her from working hard for the life she wants. So when she feels a spark with a gorgeous neurosurgeon named Ryle Kincaid, everything in Lily’s life suddenly seems almost too good to be true. As questions about her new relationship overwhelm her, so do thoughts of Atlas Corrigan — her first love and a link to the past she left behind. He was her kindred spirit, her protector. When Atlas suddenly reappears, everything Lily has built with Ryle is threatened. 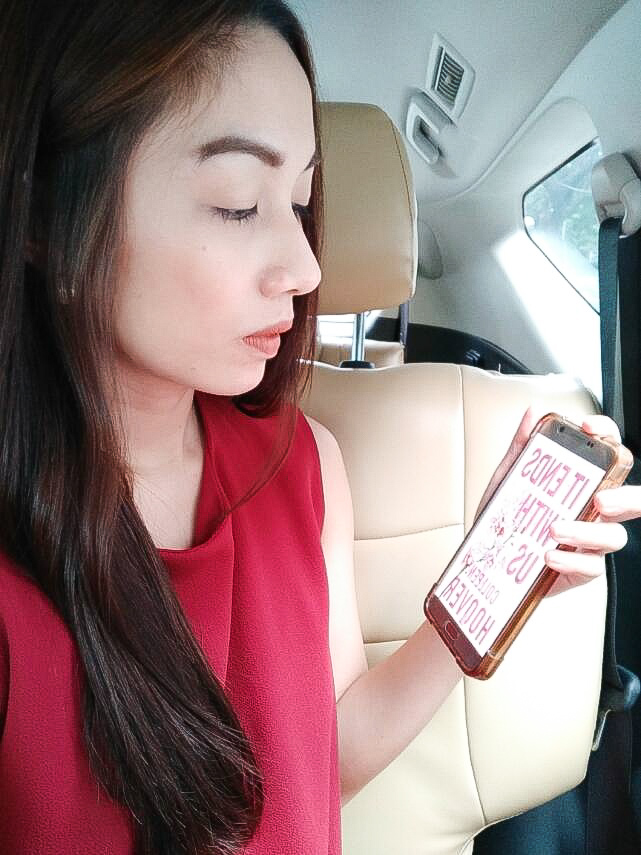 As the story progressed, I am in awe of lily’s character. As vulnerable as she is, it took a lot of strength to take control of her life, even if there was a child on the way.

My heart simply breaks for both Lily and Ryle.

How can you ever willingly give up someone you love and choose yourself? I think Domestic Violence happens to a lot of relationships, not just to women. But only a few brave souls can have the courage and strength to do what lily chose.

I think it makes it even harder if you love the person. It is never easy to just leave and end things. Coho taught me that right choice will always be the hardest ones. I hope I never get the chance to ever be in the same position.