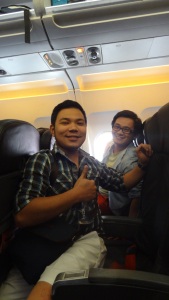 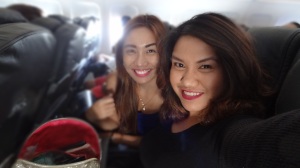 We arrived at their Budget Airport Terminal – KLIA2. We booked our stay at Traveller’s Palm Lodge located at Bukit Bintang. It’s never wrong to ask from the locals. Anyway, if you’re looking for a place to stay, Bukit Bintang is swarmed with Hostels. 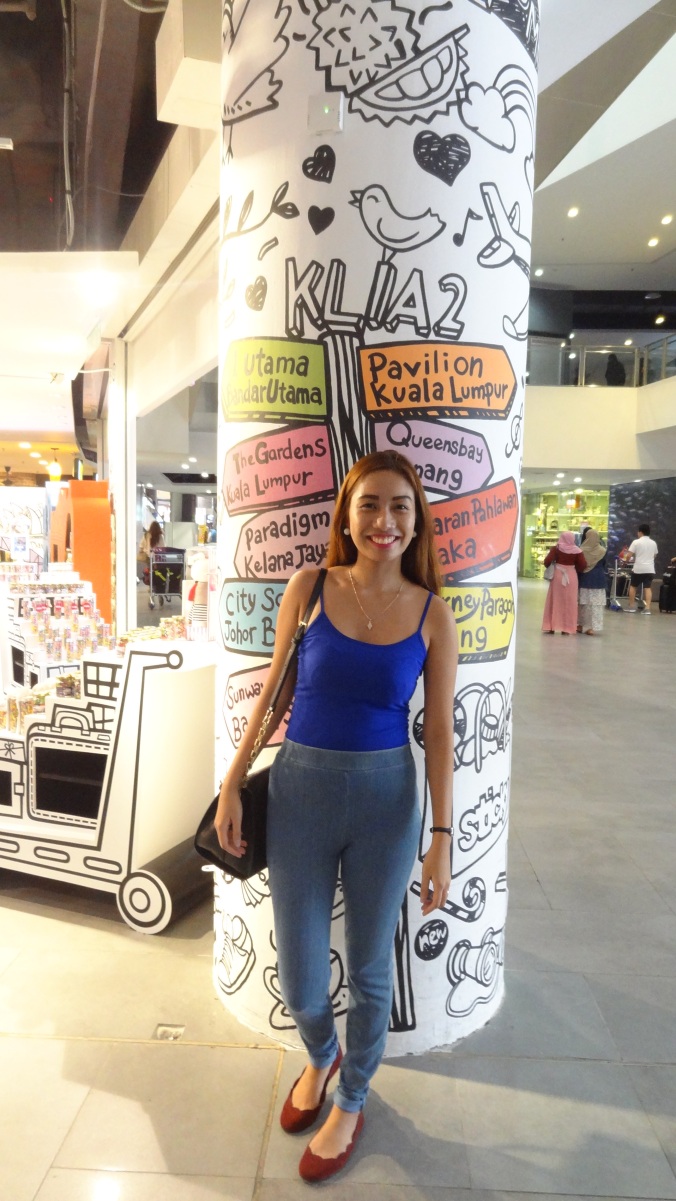 So anyway, we asked how to get to Traveller’s Palm Lodge at Bukit Bintang and we had two options: whether to take a train to KL Sentral then transfer trains to Bukit Bintang Station that will cost us about 35 RM each or to ride an airport taxi which cost us 102 RM. So, we chose the more convenient and cheaper alternative. 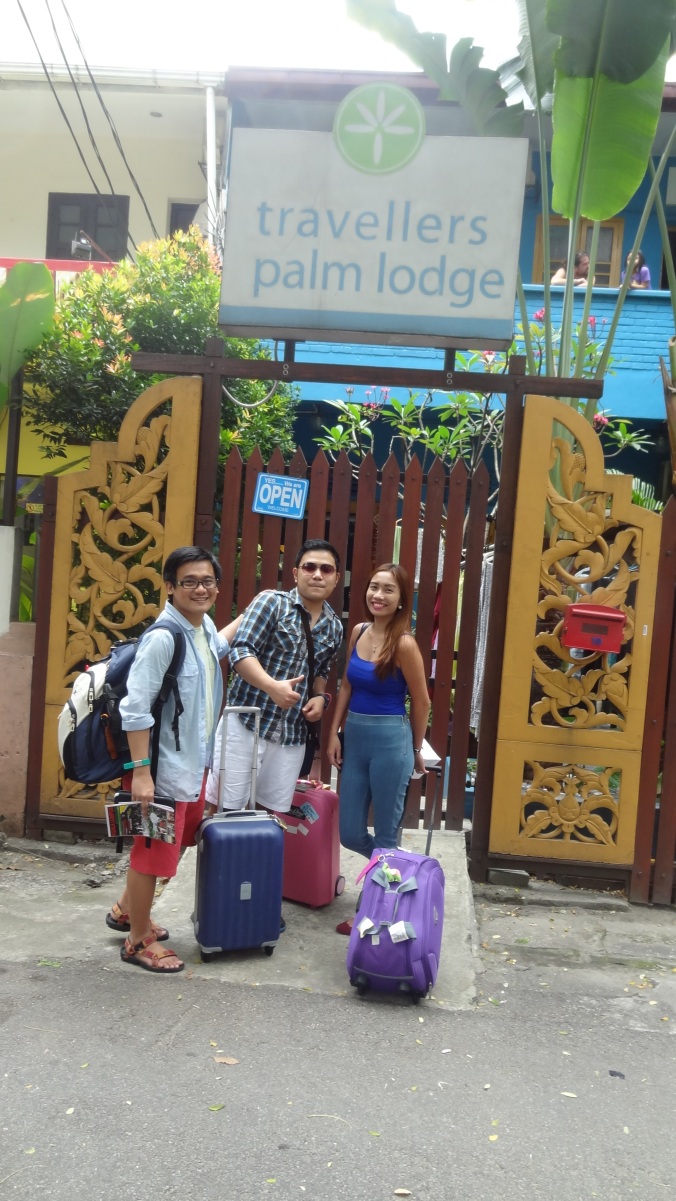 This is Traveller’s Palm Lodge. We booked 1 Double Decker Room good for 4 persons. It cost us around RM and Php a night. Do not be fooled by their website though. The owner was rude. There was no Selamat Datang, not even a smile. The tone was not at all inviting. The first thing she said was: where’s your booking? Can I have the rest of the payment? The Aircon is from 8 in the evening until 8 am. – But during our first night, we had no aircon. The wifi was fast but it’s also from 11 pm to 11 am. The breakfast only consists of cereals. It’s self service and you have to eat outside. Slippers and Shoes are not allowed inside. There is a shower in every room but the toilet bowl is for everyone to share and is at the far end of the house.

Our stay was merely saved by their fast connection of wifi. If you’re looking for a place to stay, I definitely would NOT recommend their place. In addition to that, the owner was really rude.

For a late lunch, we tried the nearby restaurant. It was expected that their menu was full of curry, and it was. We ordered Red Chicken Curry, Curry Fish and Fried Chicken with their very own seasoning for the breading – everything was spicy but it was delicious.

We had no itinerary so we relied solely on maps found at the Airport. 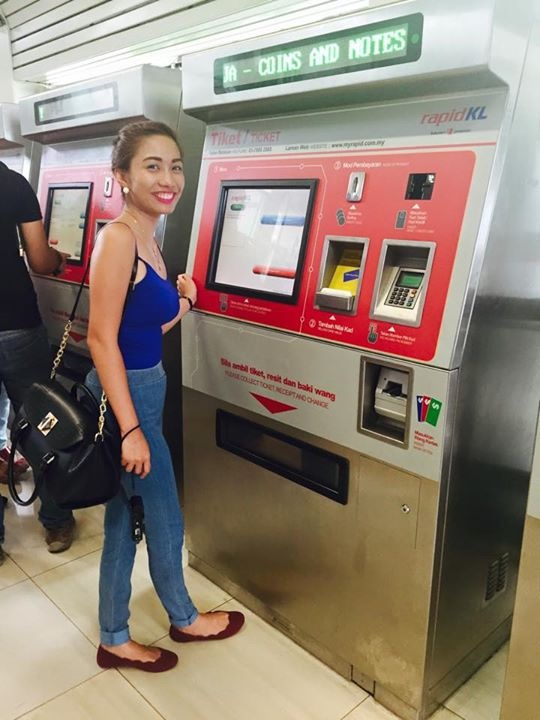 TRANSPORTATION: There are 4 kinds of train: LRT, MRT, KTM and Monorail. We took the train everywhere we go. Other trains would have machines like this one where you just press where you would go, insert the monetary bill requirement and your token will be dispensed. Most of the rate would start from 1.10 RM to 3.20 RM. 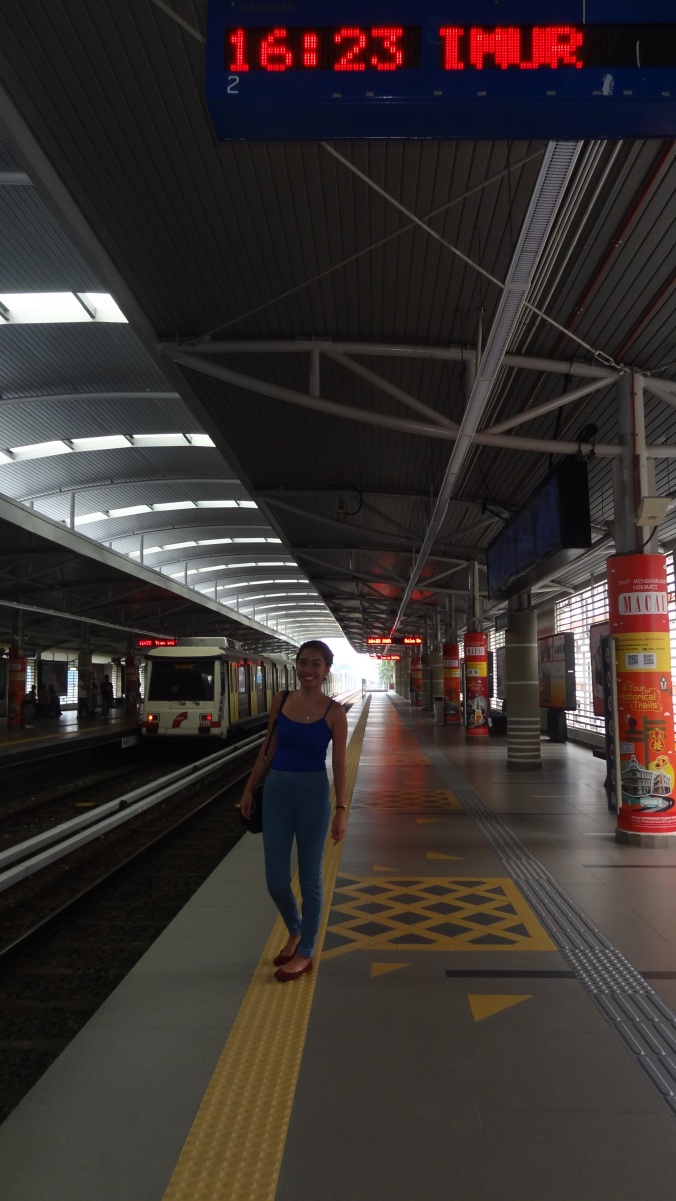 First Stop: Masjid Jamek – It is the First Brick Mosque in the City.

How to get there: Ride and LRT Train and get down on Masjid Jamek Station. 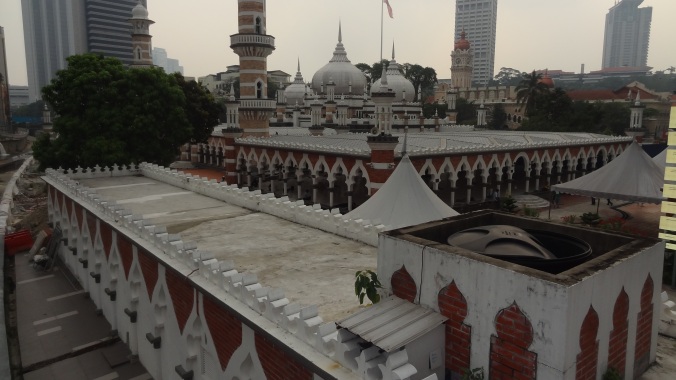 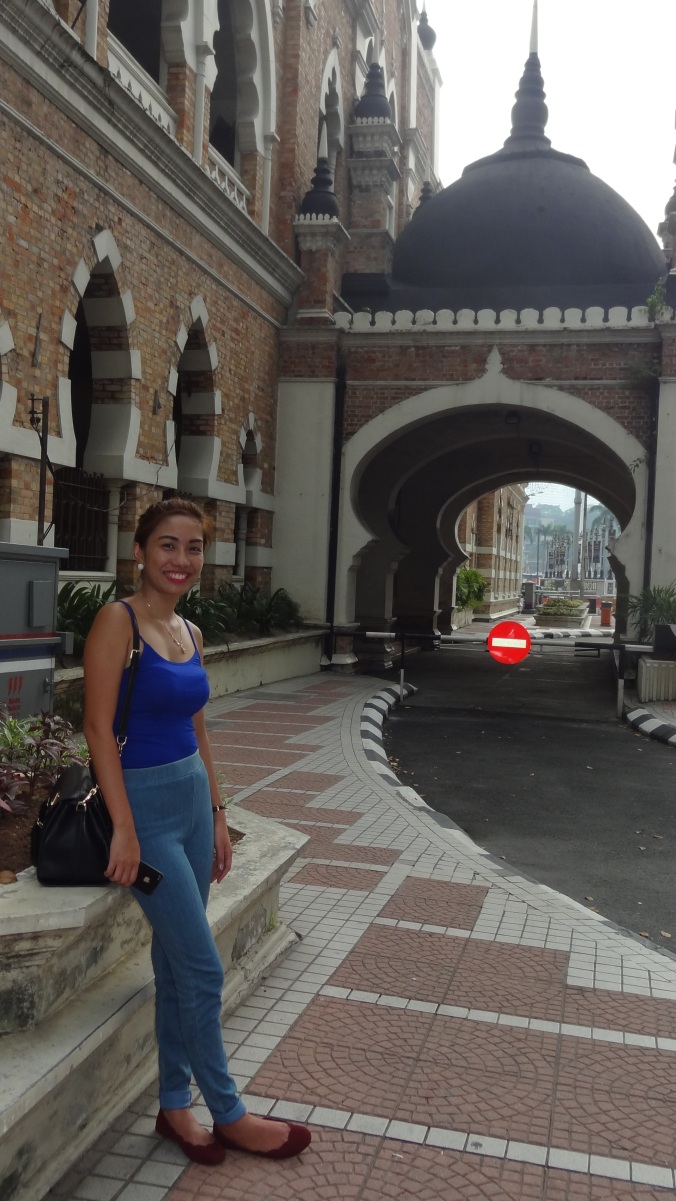 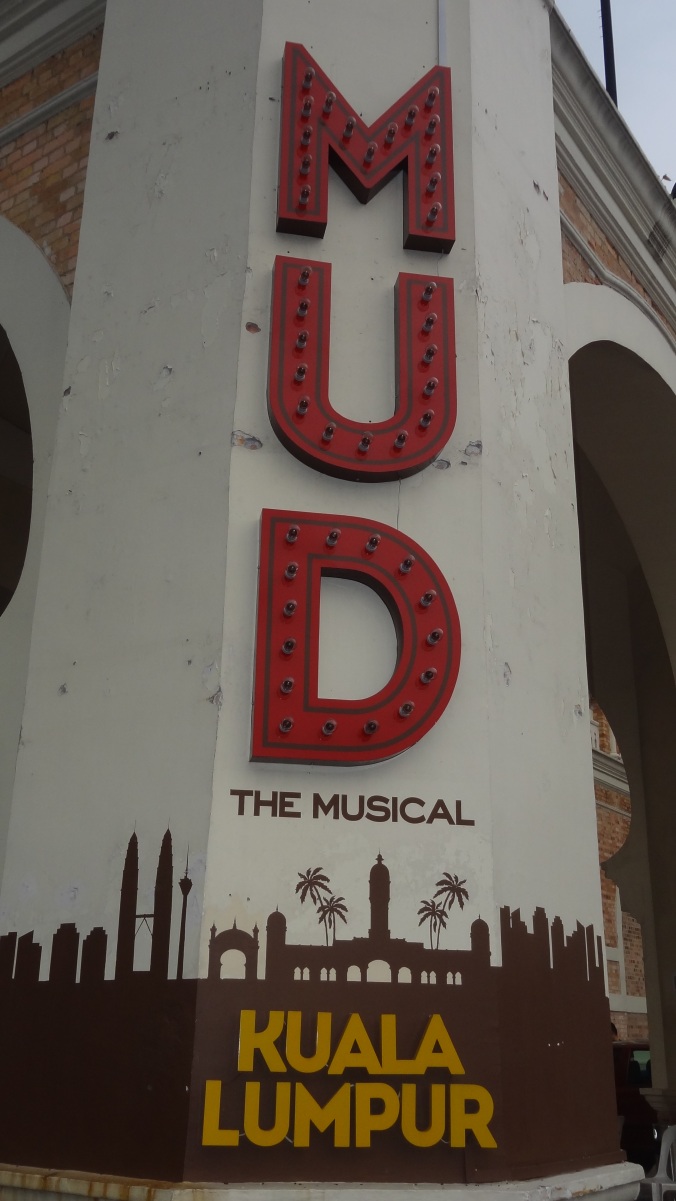 Third Stop:Sultan Abdul Samad Building – It used to house the Federal Malay States, then the High Court, then the Supreme Court. 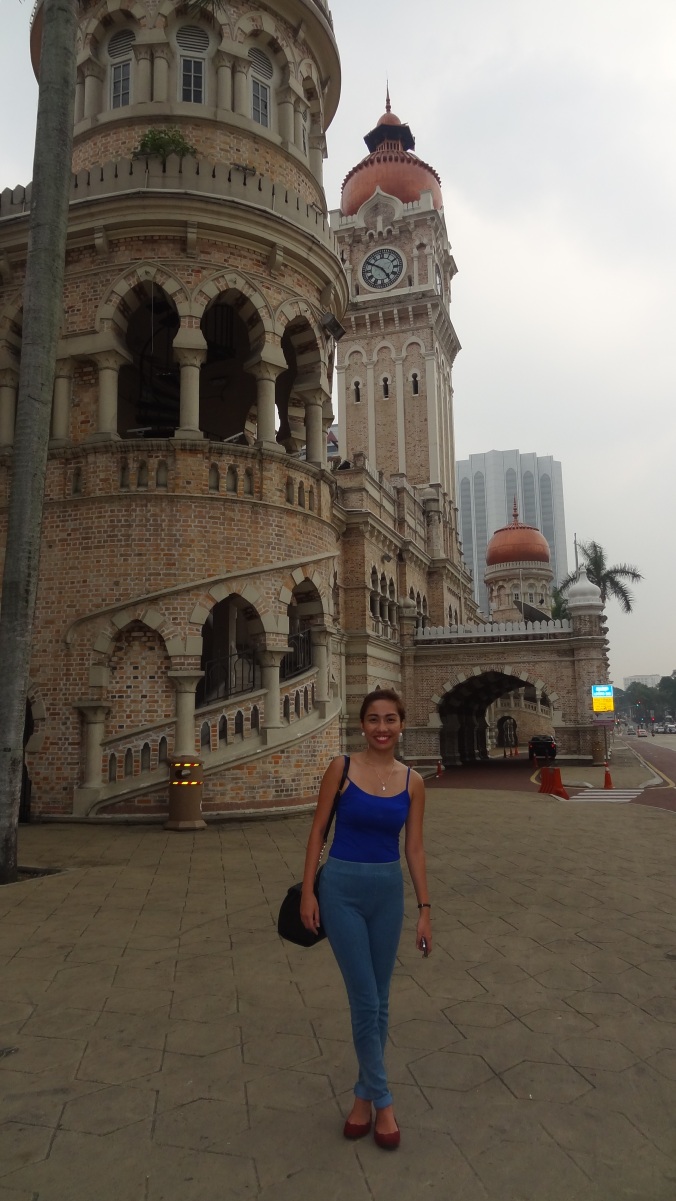 Fourth Stop: Merdeka Square – It is known as the Independence Square. You absolutely cannot miss this place. Once you go here, you can already see a lot of KL’s National Heritage in site. Plus, It’s too beautiful. 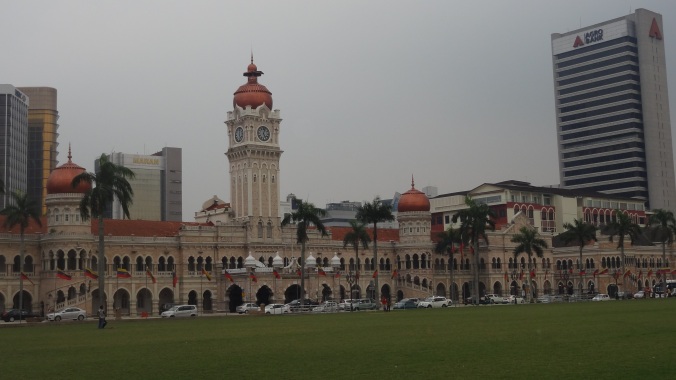 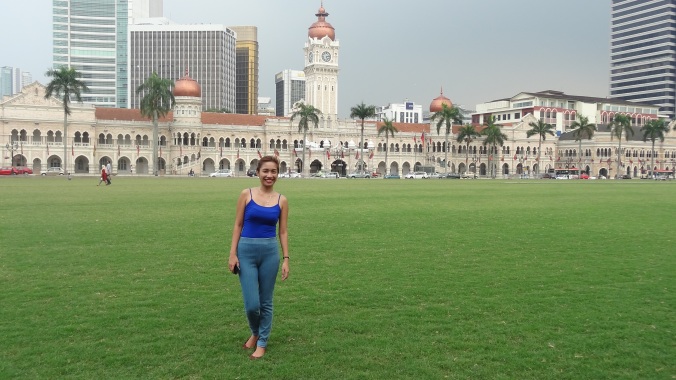 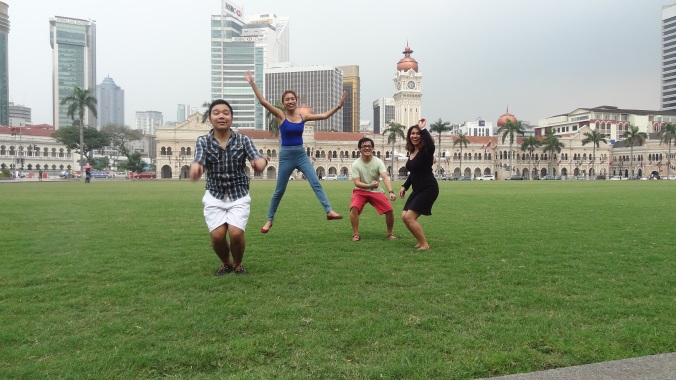 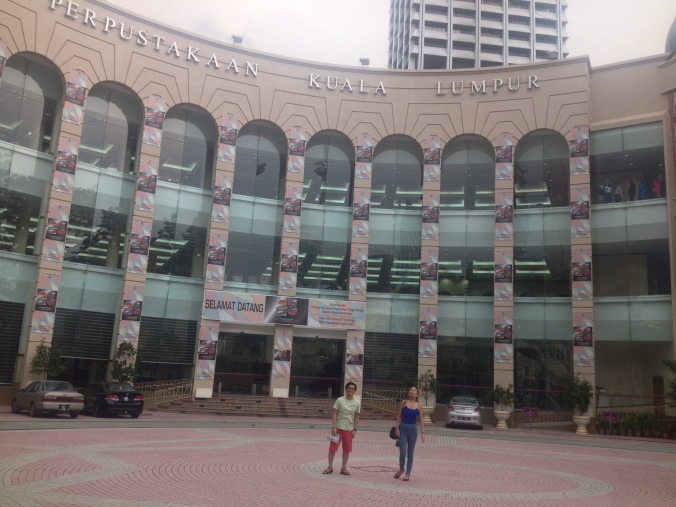 Sixth Stop: Kuala Lumpur City Gallery – It has an entrance fee of 5 RM which is also consumable at their cafe at the end of the tour. 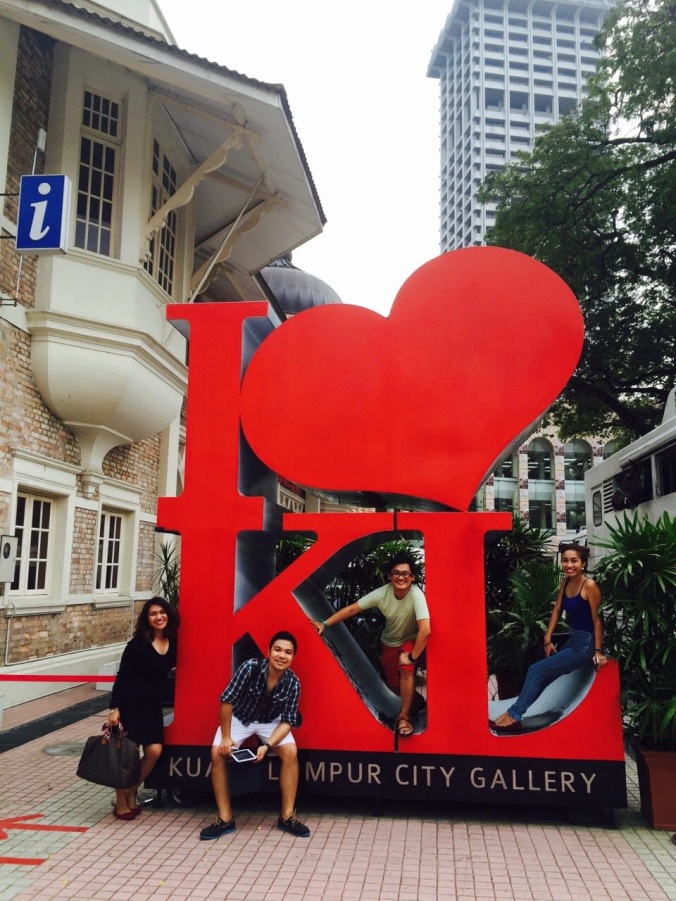 So at the end of the tour, we gathered our tickets and bought 2 Hokkaido Cupcakes and 2 Bottles of water. Not bad for a consumable tour, right? 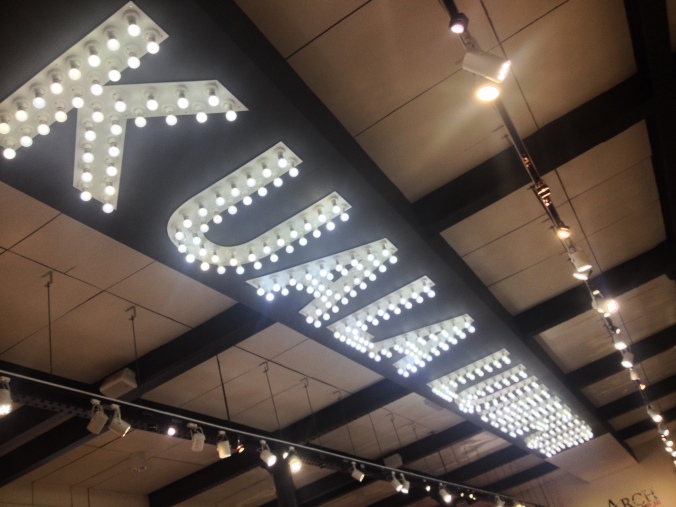 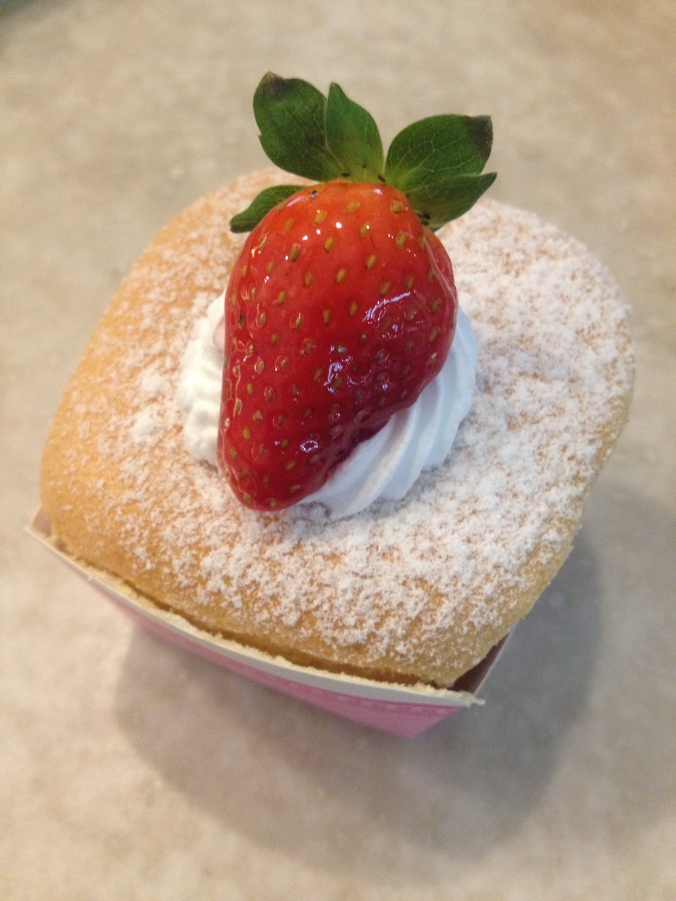 Seventh Stop:Plaza Dataran Merdeka – It’s a small place, very much like Greenhills in Metro Manila, Philippines where you can buy cheap finds of all sorts. Would you believe that this picture below is taken at 7 in the evening? Sun sets late in KL! 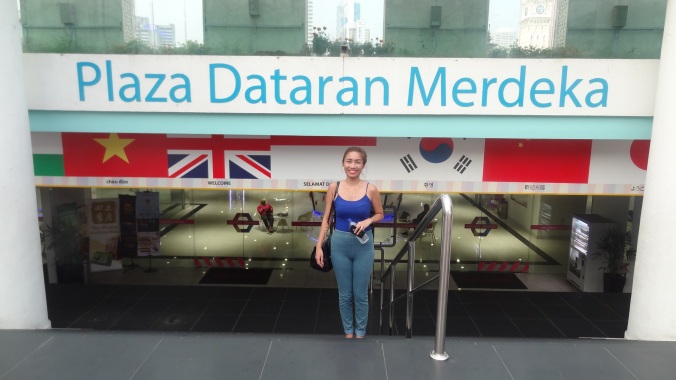 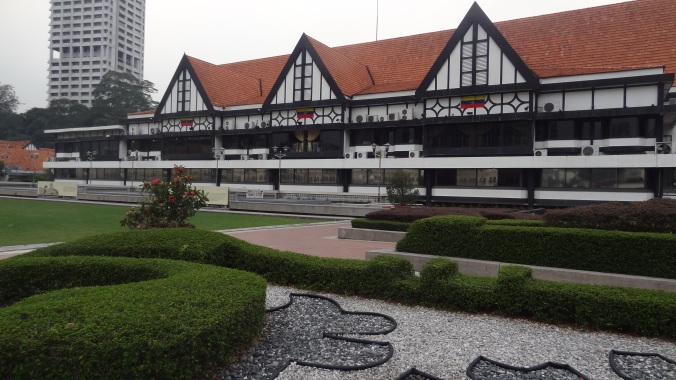 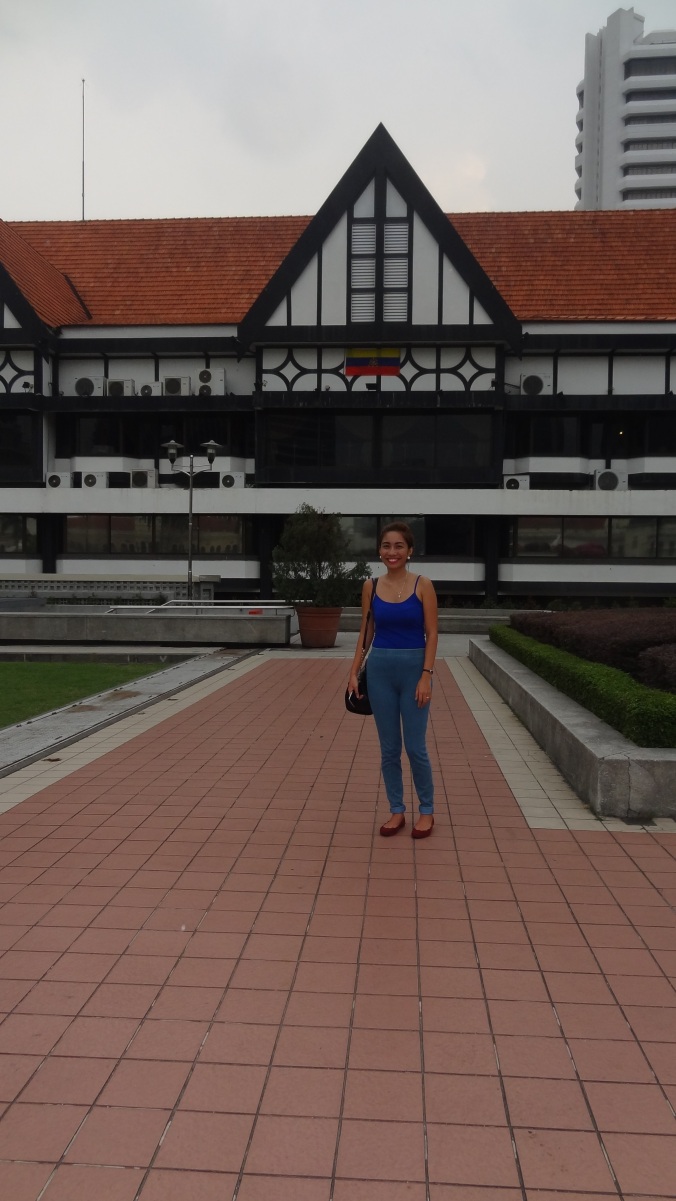 NInth Stop: Central Market, Pasar Seni It is an excellent destination for a great variety of local souvenirs, arts, crafts and collectibles. As you can see here, We shopped for pasalubongs on the first day. Too tired at this point. 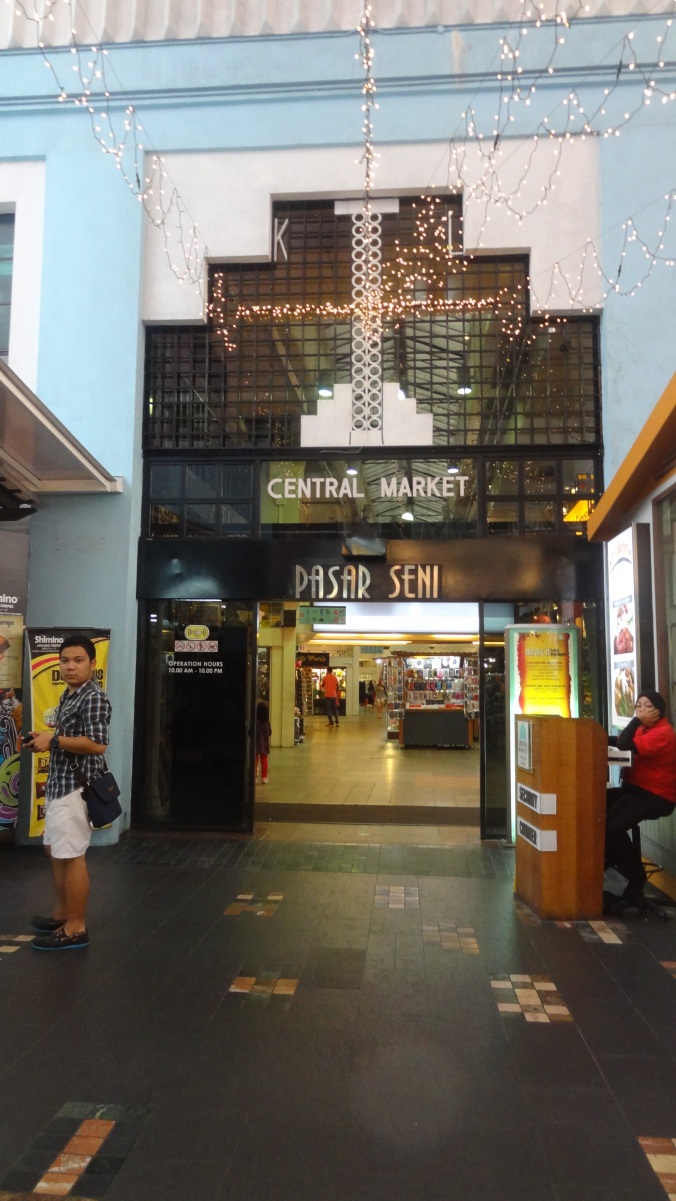 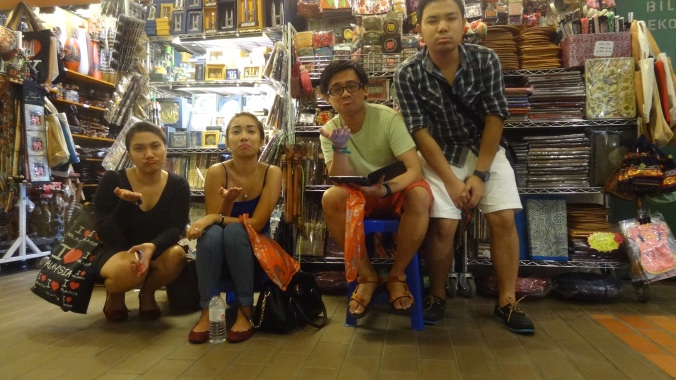 Tenth Stop: Guan Di Temple – Guan Di means God of War. It is one of the oldest temples with the finest tradaitional architectural features. 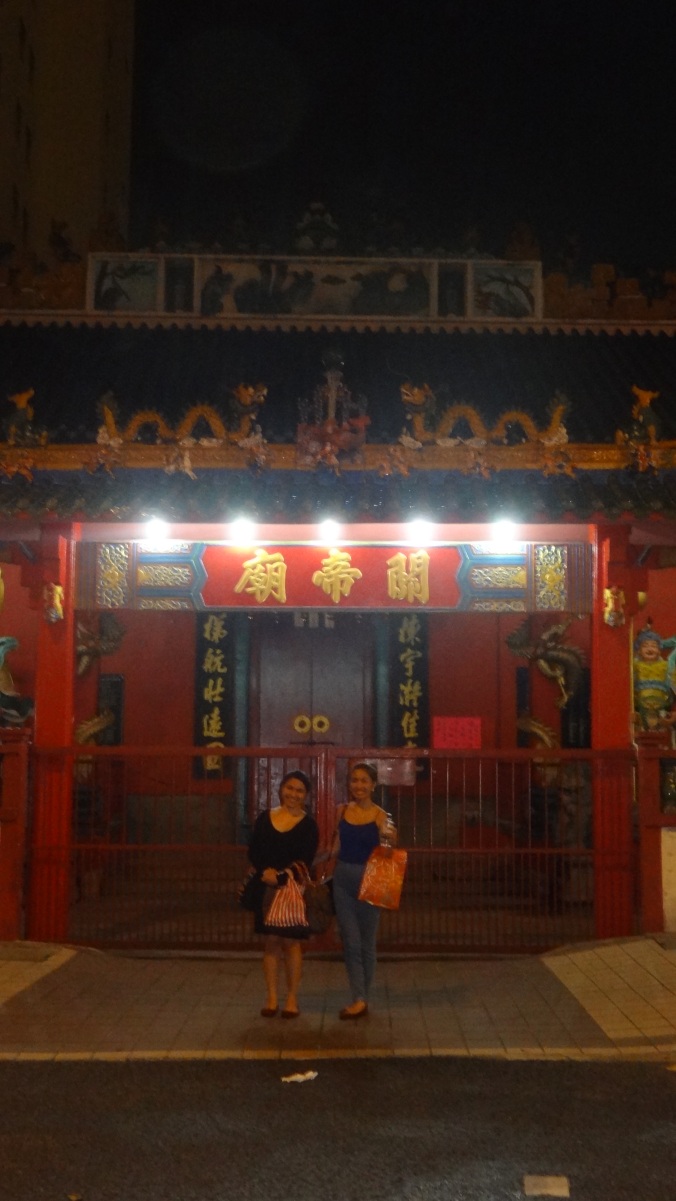 Eleventh Stop: Petaling Street (China Town) – This area has an excellent selection of restaurants and food stalls. The Petaling Street Bazaar starts from 10am to late night. 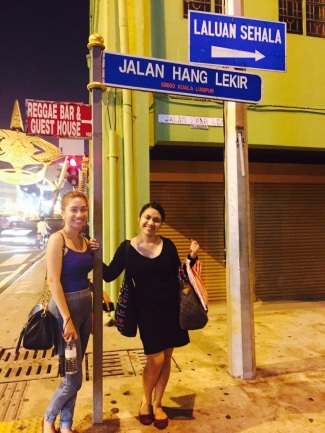 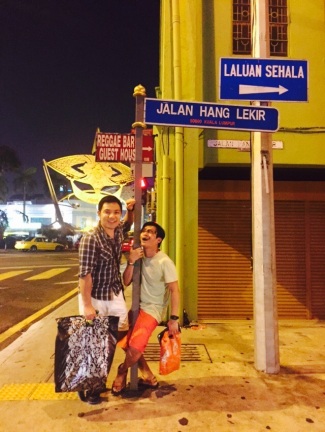 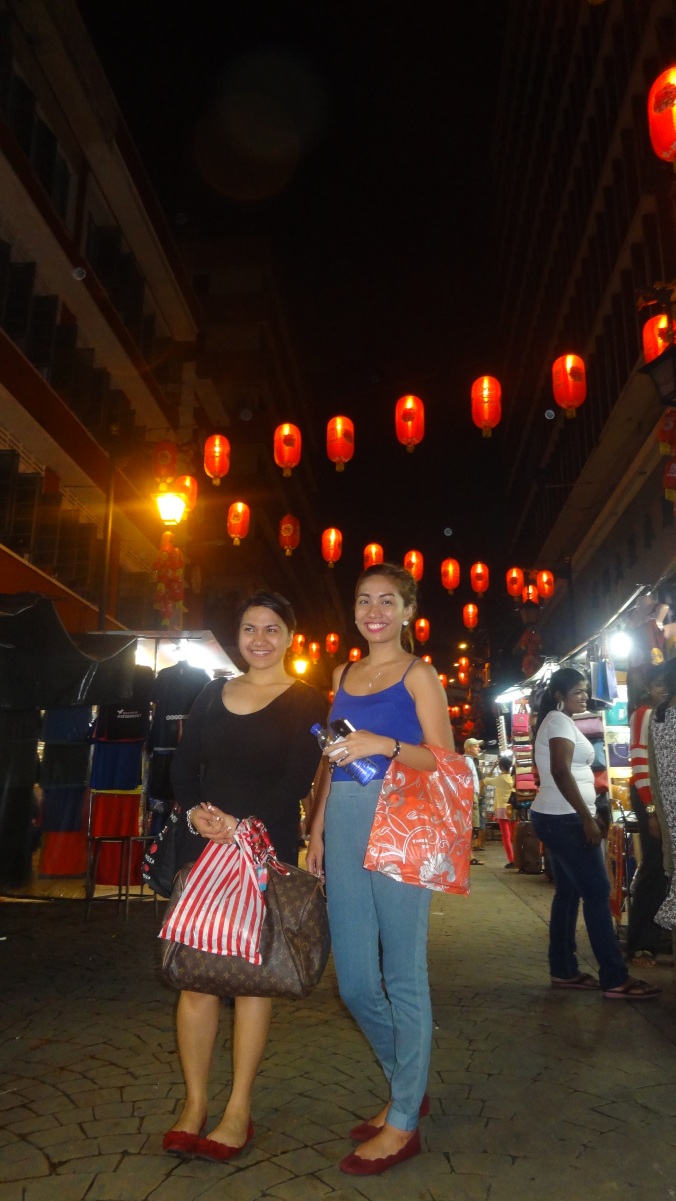 In here, you will see store after store after store, each selling their own goods along the street. This is where we bought our souvenir shirts too. We tried one of their best selling dish: Black Noodles. It’s noodles mashed with the Black Ink of the squid. You have to try this because we noticed that every food stall offers this and every table has it too. 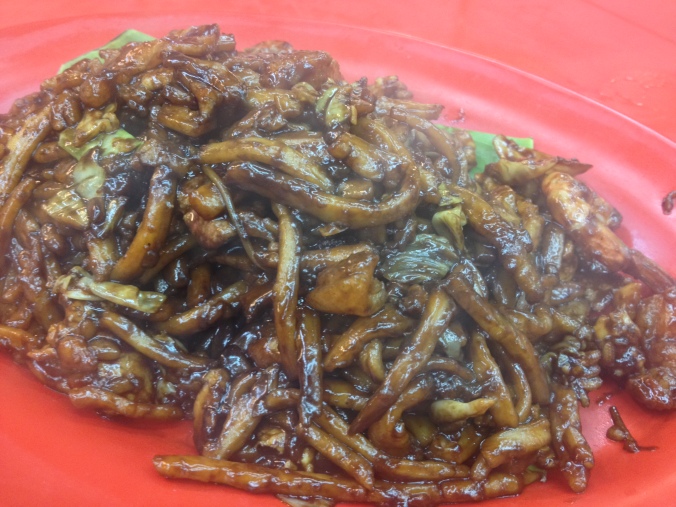 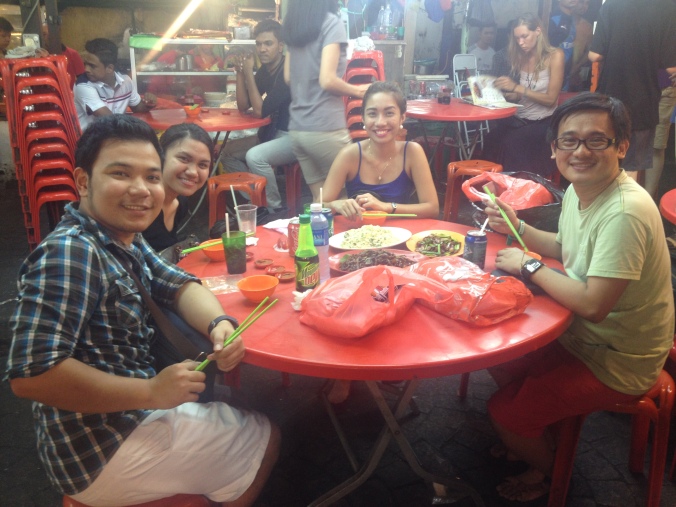 That concludes our first day! I’d say we accomplished a lot! Thumbs up!