Two years apart – or three. This is the first time the Hot Air Balloon Festival will be held at Lubao, Pampanga. For those who don’t know, every year it is being held at Clark, Pampanga which is way more accessible and known. Anyway, my friends and I decided to stay there already so we won’t be travelling early in the dawn.

We met up at Edsa Shangri-La. We actually agreed to leave at 6:30 to 7:00 in the evening but due to the timeliness of my friends, we got delayed. Needless to say, I’m being sarcastic. We left at 9:00 in the evening, had some take out at NLEX, turned up the volume, watched TV and chatted on the way. At around 11:30 pm, we reached Lubao already. (I don’t know if my boyfriend drives fast, if there was just no traffic or because it was late already). 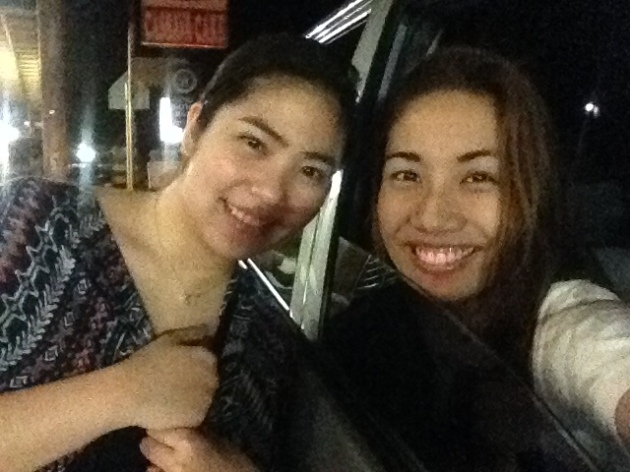 We stayed at Maro Bianco’s Inn. You can easily spot it since it is just at the right side of the highway. They only had 1 Family Room. The room had a common area where the dining table was and the sink and the way to the rest room and a bedroom. Inside the bedroom, there was 2 queen beds. 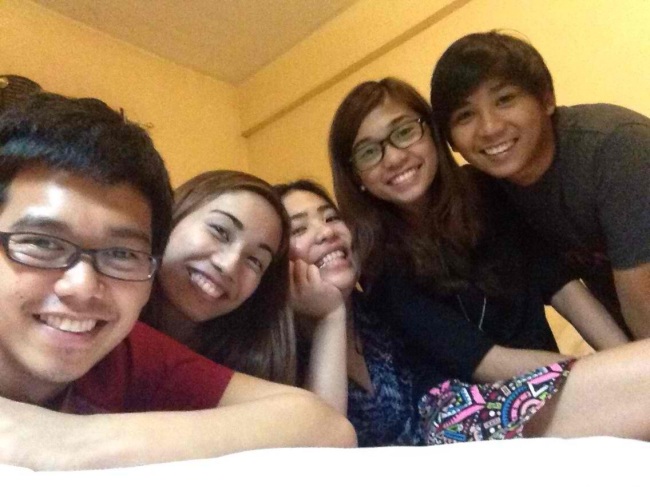 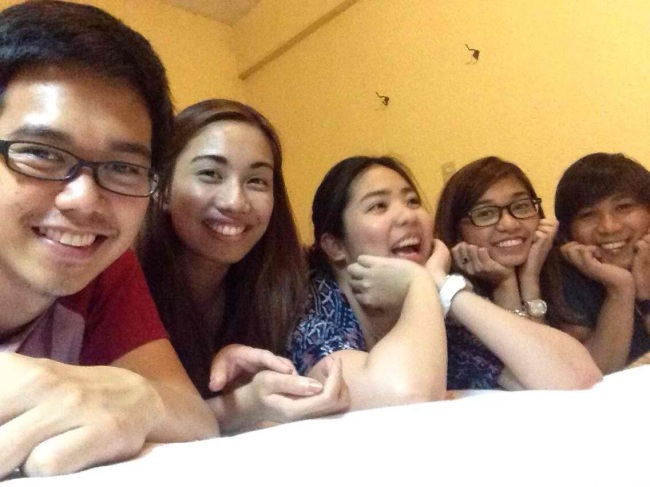 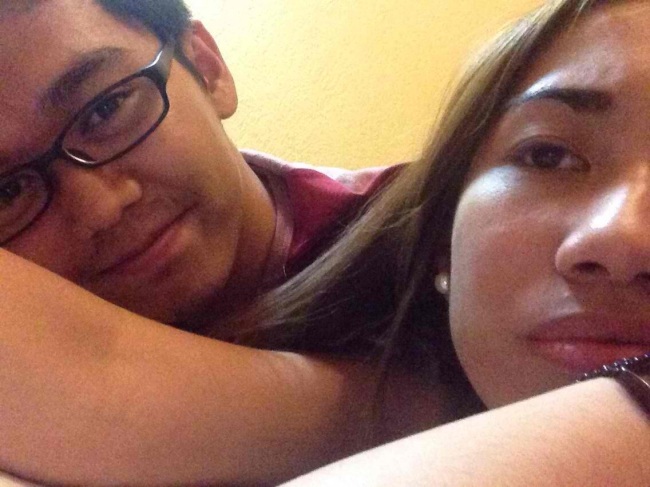 I sincerely do not recommend the place. They had yellow blurry lights, the floor was very dusty – there was even agiws on the corners with spiders. We also shrieked when we saw two adult cockroaches walking on our walls. When we moved our beds, the protective headboard snapped out of the body. The tiles of the bathroom was not well maintained, the window was broken, the pail was too small and they did not have any heater.

But we won’t let this stinky room ruin our trip. 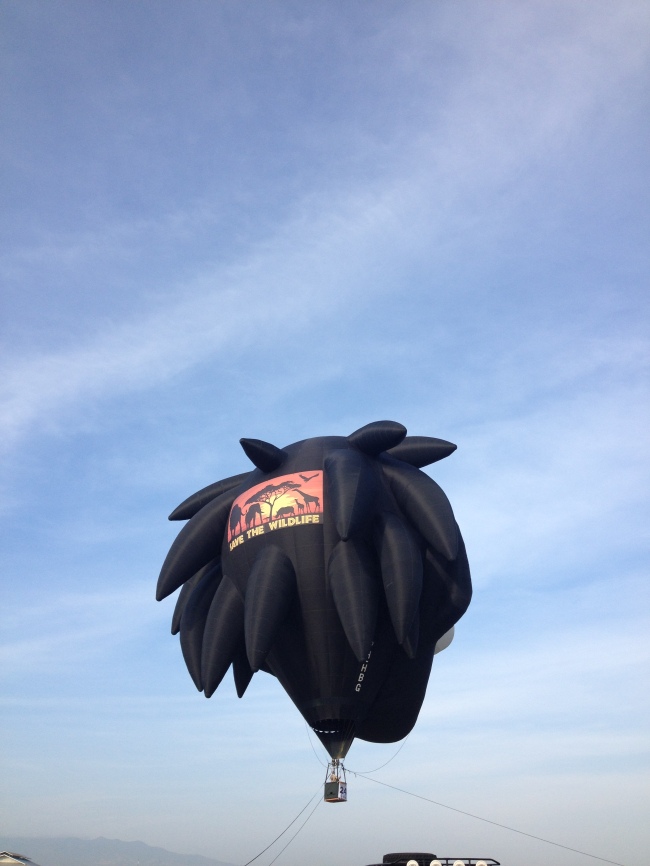 And now on to the main event – the festival. It was too traffic on the way. We were late . We were able to catch the release of the balloons but we weren’t able to take a close-up picture with the hot airs. 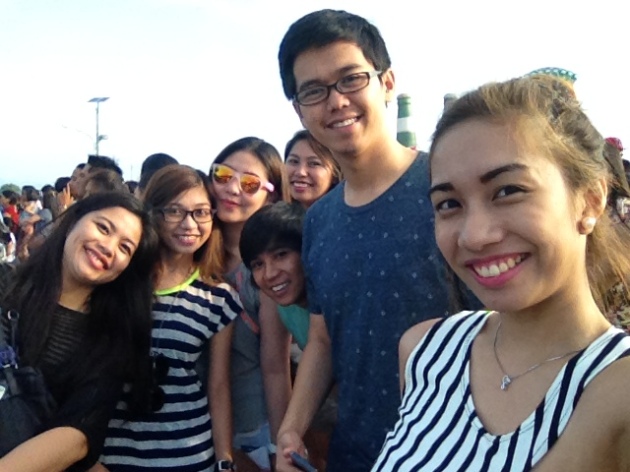 We didn’t have time to eat breakfast. So when we got there, the heat and the hunger made us all irritated. We ate Andoks Dokito Frito – they had a booth at the event. When we left, everyone was asleep. There is something about the sun and the heat that makes you want to sleep. 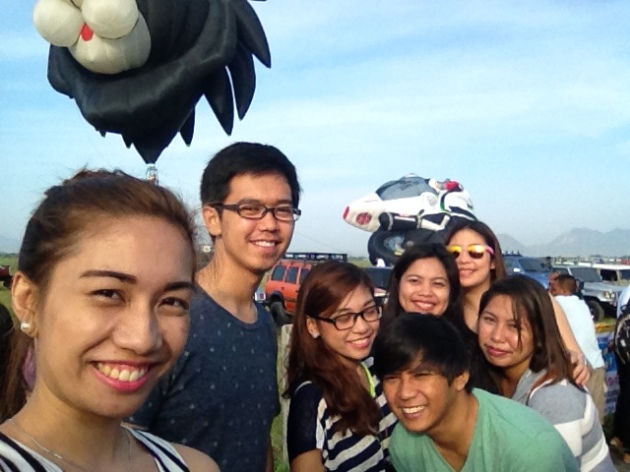 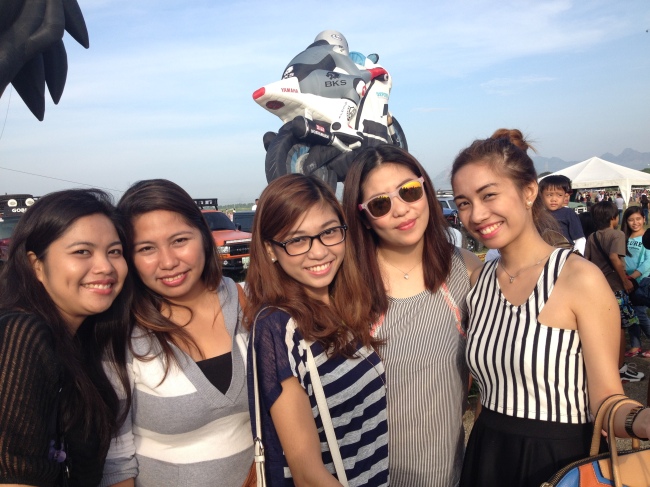 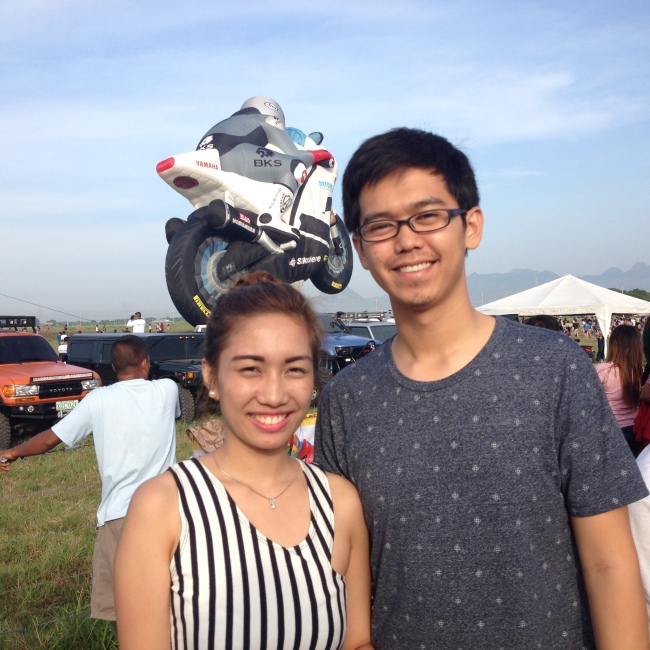 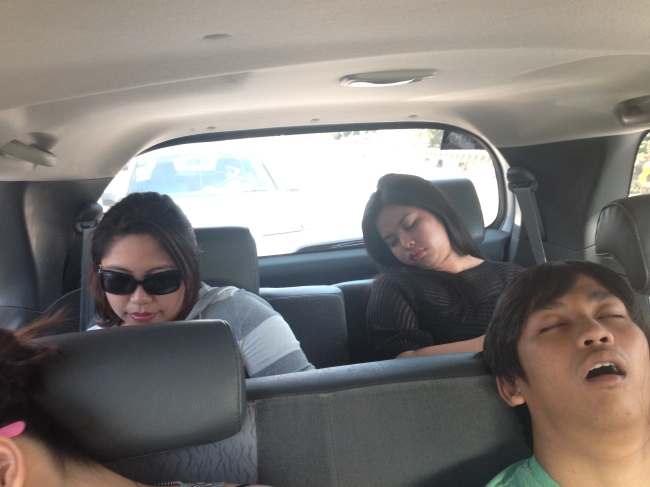 We decided to eat at Bale Capampangan. This is by far the cheapest buffet with drinks I’ve ever eaten in. They open at 11 in the morning. The buffet was prices at Php 325 and 395 with leftovers. Still cheap right? Take a look. 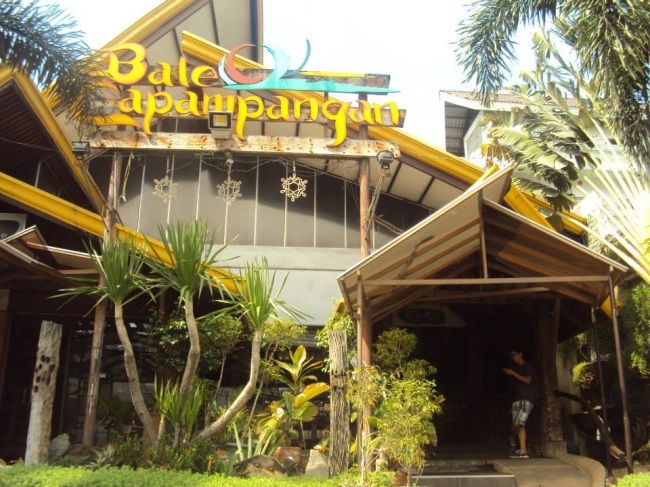 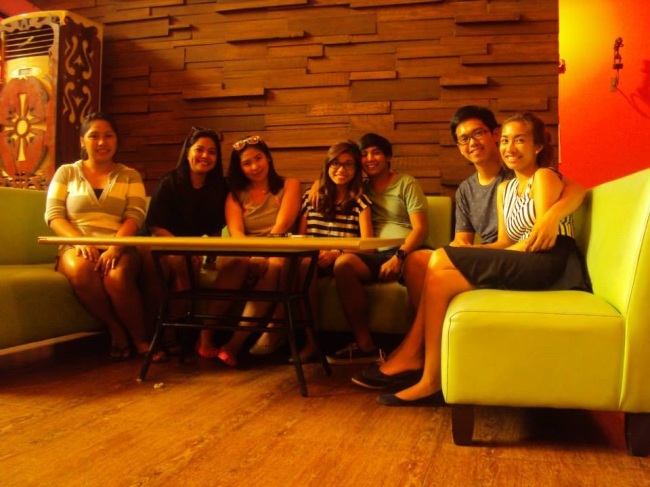 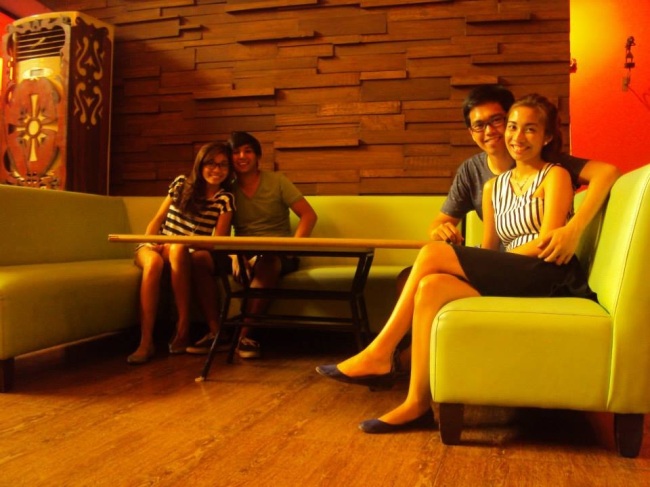 Everything is Filipino Cuisine. Although they also have a Tempura Section (shrimp tempura is not crispy) and a Grilling Station (Liempo, Crispy Pata and Lechon). Drinks are ordered. They also have a limited choice of dessert but it’s quite enough for the price. Plus, this is the only buffet where I’ve seen tawilis as one of their dishes. 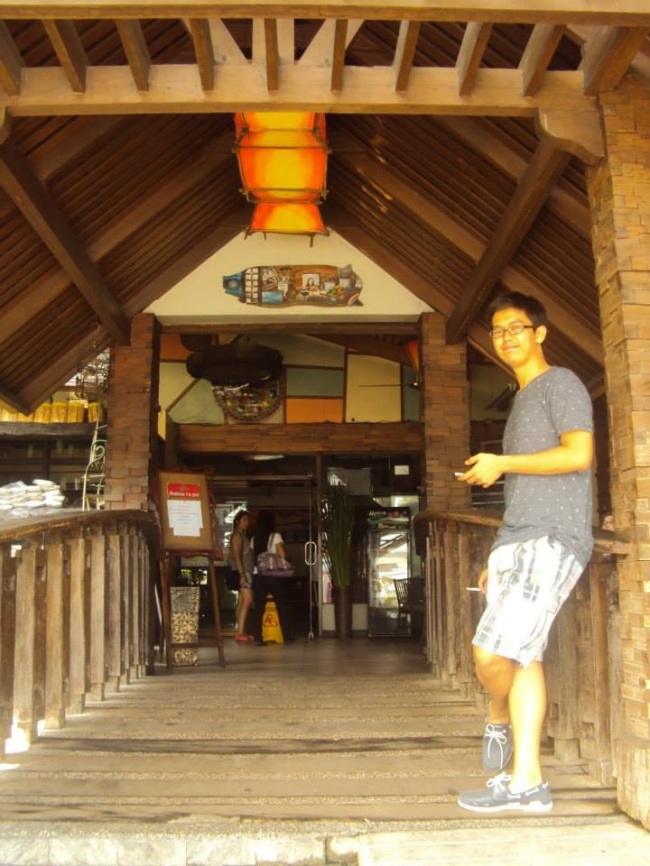 And because we are thoughtful sons and daughters, we passed by Susie’s and LA Bakeshop and Café. Susie’s is famous for their Rice Cakes and their Chocolate Cake. Though I on the other hand, find nothing remarkable about their products. But. But, I will definitely rave for LA Bakeshop’s Cheese Bread. It’s simply the best. It was served to us hot – coming from their kitchen. And you can really see the mountains of cheese molded into the bread. I really recommend that you try and pack a lot of cheese bread. I’m sure you’ll be able to finish one box on your way home. 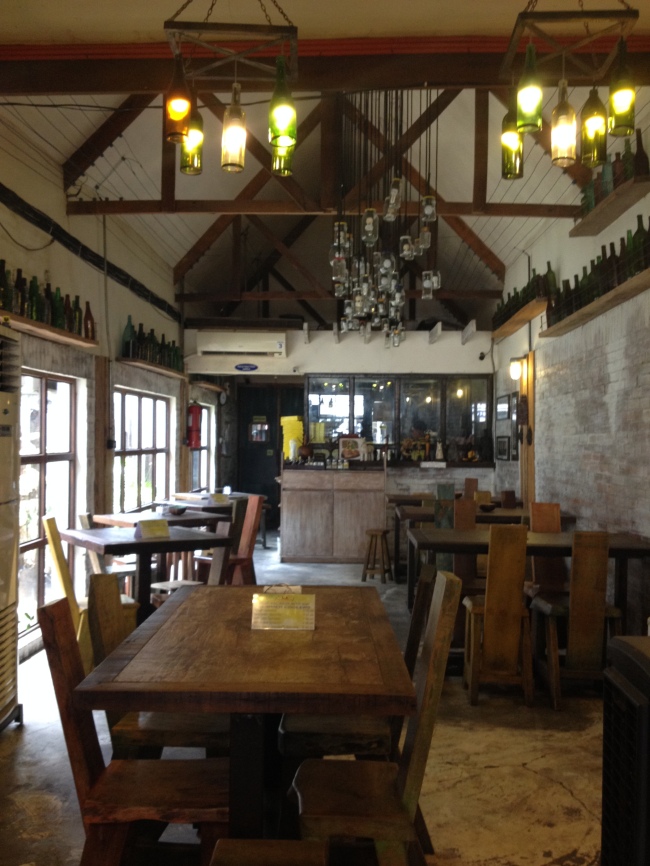 Going Back. Points to consider next year? It’s better to leave 3 in the morning than drive at night. Second, if ever we decide to sleep in Pampanga, we’re definitely going to take a motel better than Maro Bianco. Third, go back to LA Café again.

See you next time, Hot Airs!